How 3 guys from Punjab are reshaping comedy through their podcast 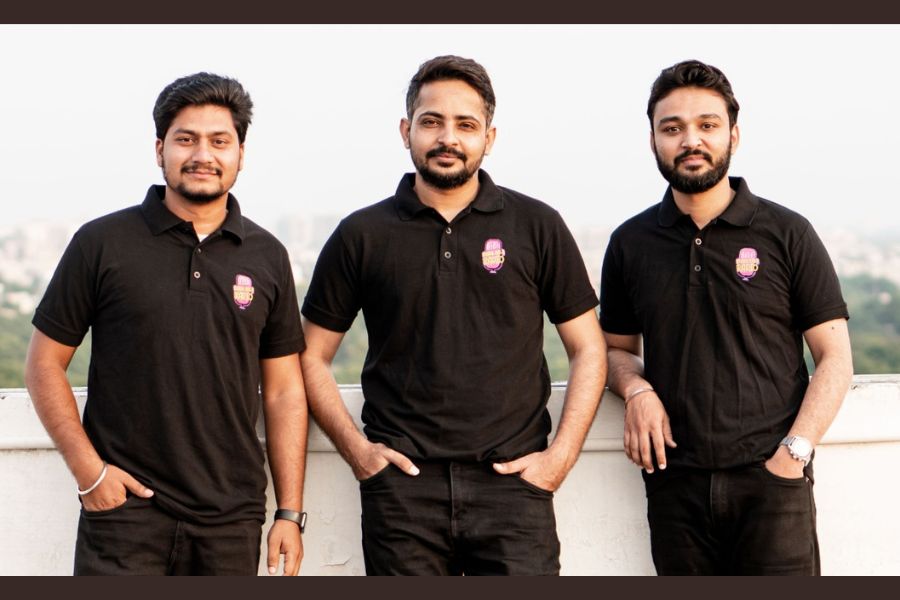 September 23: Saade Aala Radio is a YouTube channel going viral among Punjabis all over the world. This channel was started by three guys from Punjab, namely Harshdeep Singh, Sarabjeet Singh and Sandeep Singh. They do casual talks about the day-to-day ongoings of every Punjabi household. They talk about Punjab’s political, social and cultural issues but with a twist of comedy and satire. Their video about Punjabi fathers went viral, which led to an organic gain of the audience on Instagram and YouTube. Their audience on Spotify is also increasing day by day. People often comment on their posts that their videos are stress busters for them.

The Punjabi youth who stays and works abroad really feels connected to their home. They listen to podcasts which makes them feel at home. Listening to them feels like Deja vu to them. People often comment and text about how Saade Aala Radio keeps them connected to their roots while being a major stress buster. It helps them cope with their hectic schedule and work life. They tell stories about Punjab’s rural life, city life, school life and the experience of growing up in Punjab. The diaspora relates to this and feels nostalgic.

Their first episode was about Captain Amrinder Singh’s reign as the CM of Punjab and talked about how he fooled the masses of Punjab and how they felt ditched after he was unable to fulfil his promises. They explained all this in a satirical manner, and people enjoyed the episode a lot. After the success of their first episode, their confidence was boosted, and they started to prepare a full season which included eight episodes. These episodes are fun-filled, where they talk about the relationship of a mother and a child, how they deal with each other in awkward situations and much more about Punjabi mothers.

Then comes the main episode, which is on fathers. In this episode, they explain how a Punjabi father acts as an engineer and Mr Know it all in front of their children and the relationship that they share with each other. In the same manner, they talked about school days & incidents that happened in one’s own school life. Everyone recalled their good old times spent at school. They explained the funny incidents in an entertaining manner, and their way of presenting everything is so adorable that even if it has never happened to you, you will be forced into laughter, and you can feel the comedic version of talks.

Continuing the episode series, they talked about how life is spent in a village and what funny incidents take place in remote villages of Punjab. The talk about villages is liked by many who are away from their native towns and villages due to some reason, as after listening to this episode, they can easily recall the golden days spent in their own village. They discuss the funny incidents which take place in a village during a marriage. They talked about Punjabi relatives and how they interfere in your life and what biased talks they do, and how hypocritical are those evil relatives in view of their children. Last but not the least, they shared their experiences of drunk Punjabis, who are the funniest people on earth when they are drunk because they drink as if they will not get another chance to drink. Some are dangerous after drinking, some are funny, and some are sad. Saade Aala Radio show discussed some incidents with these drunk people, which was a fun conversation. They also raise social issues in some of their special episodes. In one episode, they voiced how girl children are still ignored in some families and what problems a woman has to face just because of her gender. They even talked about the Indian cricketer, Arshdeep, when some online trolls started calling him a Khalistani after he accidentally dropped a catch in an Asia Cup match against Pakistan. They made a video in support of Arshdeep Singh.

Saade Aala Radio team is trying to do something different in which they are succeeding. No one knows what the future holds, but at present, they are a hoot to listen to.

Check out their YT Channel.

If you have any objection to this press release content, kindly contact pr.error.rectification[at]gmail.com to notify us. We will respond and rectify the situation in the next 24 hours