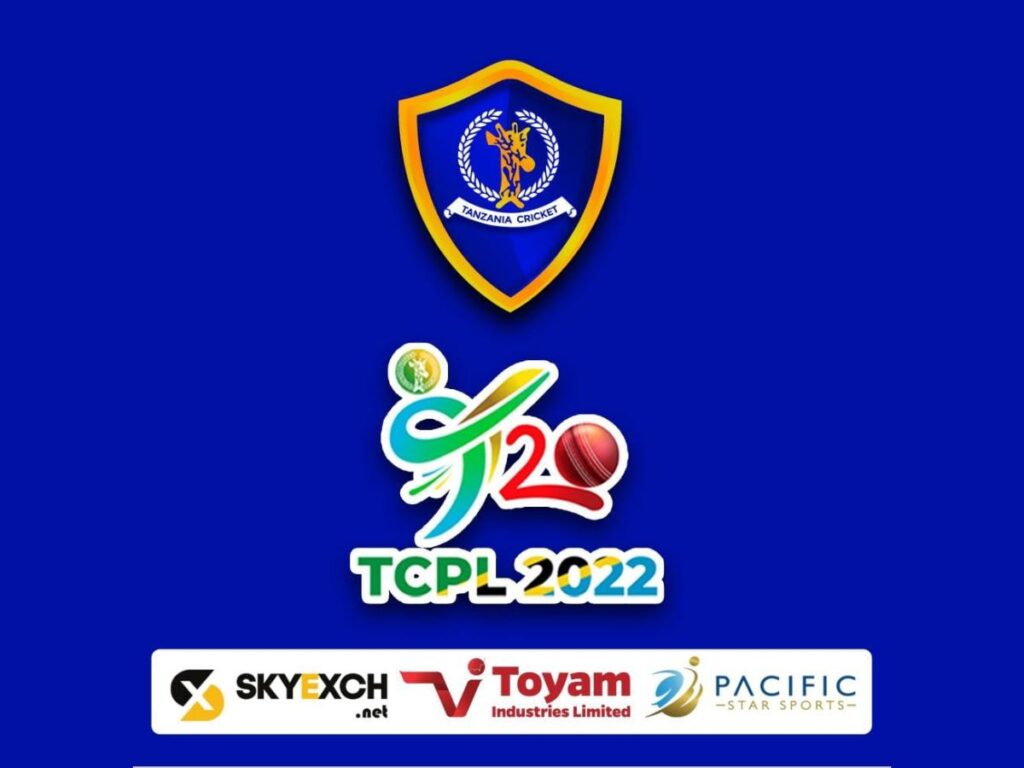 Tanzania has a vast history in the game cricket with cricketing history as old as 120 years and having its first cricket match played on its soil in 1890 and ever since the game has passed the colonial era to progress its way in the core of the country in the new millennium.

In this new tie up with our sponsors, TCA would also be introducing new franchise leagues and National team tours in the coming future.

The partnership is exclusive in nature with a vision of building cricketing culture in Tanzania and creating interest amongst new fans & players.

Mr. Premji Pindoria the chairman of TCA said “We welcome our Title Sponsor SKYEXCH and our new partners, Pacific Star Sports along with Toyam Industries Ltd on board as we share the vision of building new cricket tournaments in our country which will help in further developing the game in Tanzania.

Commenting on the development, Mr. Mohamedali Budhwani (CMD Toyam Industries Ltd.) said “Tanzania Cricket Premier League (TCPL) would be our 2nd experience of conducting leagues in the African sub continent. It was only recently that we had conducted the Africa Cup T20, in lieu of which the ACA had acknowledged and appreciated our efforts to build the cricketing culture in the region.

We are happy to see not only our relationship strengthen with ACA, but also with the opportunities that we are able to grab to grow / popularize the sport. This will only go a long way to equip us with enough mettle to kick-start the leagues we have recently acquired in Kenya, Greece, Mauritius and Rajwada (India). I am now hopeful that cricket, as a vertical, will start contributing meaningfully to our revenues sooner than later.

It feels nice to see our core teams working together to fire all engines. While the strategy team is busy identifying diversification and acquisition opportunities, our execution team is on a overdrive to operationalize the acquired assets.

If this continues, i can see my dream (making Toyam Industries Ltd the largest sporting production and promotion company) being fulfilled sooner than what I had imagined earlier”

Mr. Ali Akbar Khan, Director of Pacific Star Sports said “Tanzania has had a very rich cricketing history having its players represent the East Africa sides that played in the inaugural cricket world cup. We look forward to working closely with TCA and introducing new domestic & international tournaments in the country”.

TCA is excited about the partnership and looks forward to providing more information regarding the upcoming tournaments.